Last year, 2017, was Inverness Fiddlers' 40th Anniversary! We marked the occasion with a special Anniversary Dinner event at The Waterside Hotel, Inverness, on Friday 03 March 2017, the night bfore our annual Rally. We invited members past and present to join us in the celebration, and it was a a memorable occasion so many thanks to the organisers Morna Cameron and Kathreen Hunter. Photographs from the Dinner taken by Angus Cameron can be viewed in the 'Picture Galleries' Section.

Past members were also invited to join us on stage on Saturday 04 March 2017 for our 40th Anniversary Fiddlers' Rally, which was another great, atmospheric night with well over 100 musicians playing together and an almost sell-out audience present in Eden Court Theatre. Pictures from the Rally concert can also be viewed in the 'Picture Galleries' Section. 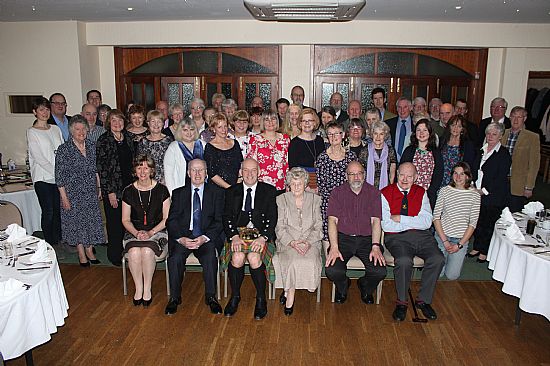